Price is the ultimate signal, unless you are in healthcare!

I came across this article on a study that evaluated the price of common blood tests.

The article explains that, in the study, a common lipid panel blood test was priced anywhere from $10 to $10,000.

“For this research, published in August in the British Medical Journal, Hsia and her colleagues compiled reams of data about how much more than 100 hospitals charged for basic blood work. The prices these facilities charged consumers were all over the map.

The charge for a lipid panel ranged from $10 to $10,169. Hospital prices for a basic metabolic panel (which doctors use to measure the body’s metabolism) were $35 at one facility — and $7,303 at another.”

Now, it doesn’t take a study of this sort to help us know that there are microeconomic issues in the U.S. healthcare system.

What it does do is illuminate an important point:  Price information is critical.  Price is the signal by which we navigate the world.  When prices (or visibility of prices) get messed up, behavior gets…odd.

In the case of U.S. healthcare, the combination of multiple service entities, billing obscurities, and the disconnect between payors, providers, and consumers brings you pricing disparities of the sort the article outlines.

When was the last time you checked the price of medical service before you consumed it?   It’s one of the few services we utilize with impunity but without knowing the cost beforehand.

Can you imagine driving a car off the lot without knowing the price (even if you have to haggle)?  A car can run about the same transaction size as many medical procedures, yet we wait for the bill.

One of the sensations in the economic world last year (if economists can, in fact, be sensational) surrounded the book Capital in the 21st Century by Thomas Piketty.

If you haven’t read the book, keep in mind that I do recommend it, while I realize it’s not for everyone. Piketty explores historical government data to reach a few very basic conclusions about the accumulation of capital in a market economy.  His main conclusion is that the rate of return on capital typically outpaces the rate of growth of any given economy (which he summarizes with the formula r>g) thus creating a long term wind of accumulation that creates unsettling wealth disparities.  In the book, he also is very clear that the long term wind can easily be overcome by shorter term shocks; and, he refers to the world wars and their effects on old line wealth in Europe as an example.

Piketty’s book implies that, instead of relying on global conflict and political upheaval, it might be better to have a policy answer to leveling wealth disparity.  It’s not a bad idea.  It might not ever get out of the economist’s classroom, but still…

It’s an interesting read; and, Piketty’s proposal of a tax on wealth is actually quite compelling in theory.  It does, however, have a sort of “belling the cat” feel to it when one looks at the world as it is.

However, this article isn’t about reading, it’s about being a discerning listener even when you don’t read.

This week, I came across an opinion piece in the Wall Street Journal by Robert Rosenkranz.

Here is your LINK to Rosenkranz’s piece.  I encourage you to read it…with a grain of salt (I’ll explain).

In it, Rosenkranz states that Piketty, who drafted and released a paper in December essentially restating his conclusions but ensuring that popular discourse didn’t caricature them improperly, is “backtracking.”

Here is your LINK to that paper (beware the link opens a PDF of an academic paper…Don’t open it if such things burn your eyes).  It’s an interesting read and actually a fine distillation of many of the conclusions of the book.

I do not know Mr. Rosenkranz or his profile; but something struck me…To anyone who reads this stuff and has a sense of the backstory, Rosenkranz’s article is fantastically disingenuous.

Mr. Rosenkranz, like so many others with a microphone these days, is depending on the probability that very few of his readers have actually read Piketty’s book.  So, he takes a paper where Piketty restates the fundamental conclusions of Capital and comes up with this (my emphasis added):

“Now in an extraordinary about-face, Mr. Piketty has backtracked, undermining the policy prescriptions many have based on his conclusions. In “About Capital in the 21st Century,” slated for May publication in the American Economic Review but already available online, Mr. Piketty writes that far too much has been read into his thesis.”

He also takes a statement in Piketty’s “new” paper and positions it as a “new” conclusion.  To wit:

“Instead, Mr. Piketty argues in his new paper that political shocks, institutional changes and economic development played a major role in inequality in the past and will likely do so in the future.”

Nevermind that Piketty is simply restating arguments of his book.  Rosenkranz, who doesn’t even link to Piketty’s “new” paper, seeks to discredit the economist by claiming he has “backtracked” and “consigns his famous formula to irrelevance” and that Piketty is “walking back” his views.

Piketty is doing nothing of the sort.  His paper is simply a reminder that the book had a lot of angles and to take only one angle and politicize it would be malpractice.  Unfortunately, Mr. Rosenkranz takes that exact tack.

Sleight of hand such as that employed Mr. Rosenkranz brings to the forefront a major issue in the popular press today:  The dependence of writers and speakers on the ignorance of their audience.

One need only look at the comments on the WSJ.com article to see that (1) very few people have actually read Piketty and (2) all Rosenkranz really did was engage in an extended ad hominem.

That, my friends, is demagoguery at its finest; and if it’s in the Wall Street Journal, imagine what others are doing.

The lesson on this is not “be a fan of Thomas Piketty” or “Piketty is right.”

I, personally, believe that massive intergenerational wealth is something to beware of. To engage in a little demagoguery of my own:  Any red-blooded American ought to have the same wariness.

The lesson is that intermediary authors like Rosenkranz can and do distort and attack in order to provoke.  They do so even when the provocation is actually detrimental to healthy discourse.

These distortions happen on all sides of any argument, which, I suspect, is why Piketty felt the need to publish a few pages of “clarification.”

Mark Cuban, famed Internet bubble beneficiary, Dallas Mavericks owner, and willing pundit, posted on his blog a couple of days ago about the new bubble in early stage assets.

Cuban makes a compelling case that the current frenzy of investment in early stage companies (especially apps and small tech companies) is actually worse than the year 2000-era tech bubble.

Because there are far fewer options for liquidity for the types of early stage investments that are dominating today; and there is a far more diverse investor base putting money at risk.

He sets up the situation with this quote:

“In a bubble there is always someone with a “great” idea pitching an investor the dream of a billion dollar payout with a comparison to an existing success story.  In the tech bubble it was Broadcast.com, AOL, Netscape, etc.  Today its, Uber, Twitter, Facebook, etc.”

When a billionaire puts the source of his vast wealth on a list of companies that perhaps just maybe were sold based on a pitch and a dream, it catches my attention.   He actually overcomes the cognitive dissonance induced justification of how his own company was different; and just throws it in the street right alongside Netscape.

He then goes on to lament how the average Joe and Jane are now part of the angel investment crowd.  He explains how they have access to illiquid investments through angel investments and crowdfunding that they would not have had 15 years ago.

And he thinks it’s a bad thing.  His quote:

“All those Angel investments in all those apps and startups.  All that crowdfunded equity. All in search of their unicorn because the only real salvation right now is an exit or cash pay out from operations.  The SEC made sure that there is no market for any of these companies to go public and create liquidity for their Angels.  The market for sub 25mm dollar raises is effectively dead. DOA . Gone. Thanks SEC. And with the new Equity CrowdFunding rules yet to be finalized, there is no reason to believe that the SEC will be smart enough to create some form of liquidity for all those widows and orphans who will put their $5k into the dream only to realize they can’t get any cash back when they need money to fix their car”

Informed consent is a big deal.  When people have access to illiquid and extremely high risk investments, they have to know what they are getting into.  The implication here may not be so much that public valuations are totally out of whack, but rather that there is a shadow bubble of money being thrown at “big things” that come in illiquid packages.

I think Mark Cuban has hit on one of the dark sides of the democratization of capital allocation. 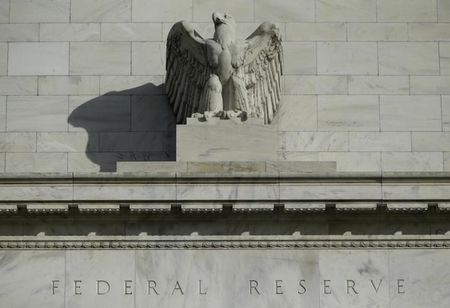 On the heels of my post yesterday regarding energy prices and your future, Yahoo posted some news about the Fed being rattled by “elusive” inflation.

In a zero real rate environment, getting some positive price momentum would be helpful to the Fed.  Unfortunately, energy isn’t cooperating.  A “final” quote from the article:

William Dudley, the influential New York Fed president, hinted at the possible response to a further cooling in prices, saying last month the central bank could run the economy “hot,” keeping rates low longer than what growth and jobs data would have suggested.

Once again, if we think about the impact of inflation (or, deflation) on our business, end users, and suppliers; what does it mean for our marketing, procurement, and investing activities?

How do you think about this?

The faithful delivery of services and product on time is a challenge, maybe it's time...READ MORE
Scroll to top