The one leadership aspect that you cannot delegate is all too often the one that under-apprenticed leaders want to give away first.

You see this situation play out all the time…

A person with good management skills flies up the corporate ladder because he can execute.

He can control, direct, and manage details with impunity; and that is a terribly valuable thing early in one’s career.

And then…he gets to a point and a position that requires him to do something very different.  He has to go from being “the guy” to being the guy behind the guy.  He goes from solving the problem to ensuring that the problem gets solved.

Through span of control, volume of work, or simply the sheer complexity the high performing manager has to make the leap to being an executive.  He has to be a leader.

Why the leap from management to leadership is hard

The complication of the leap is that high performing managers, unlike executives, have the privilege of operating without having to have vision. Vision is provided to them in the form of budget directives, strategic plans, and senior management dialogues.

When our friendly manager makes the leap, he has to figure out how to “do” vision.

But, an odd thing happens to high performing managers promoted too fast…

After all…it has to come from somewhere, right?

They feel the need to find things to manage, like budgets, or headcount, minute deal details, or–too often–how their subordinates do their jobs.  They are good at doing those things.

They ignore the need to provide vision because, well, they’ve never had to…and success has come on the merits of a strong management approach.

Thus, they “delegate vision” into the organization.

They say to their subordinates (sometimes explicitly, even!): “I don’t know where we are going. You show me and then I’ll know; but until then, here are some details I’ll dig into.”

The outcomes for our under-apprenticed “leader”

Three outcomes are possible for our manager. Two are good for the organization and one is bad…very bad…

First, if he is a good learner (which typically means good listener) and is able to absorb clues, training, and mentorship about what it is that leaders do vs. what managers do, he makes the leap.  He crafts his own vision. He learns to deliver that vision and to get out of the way.  This is a good outcome.

Second, if he isn’t a good learner but the organization is well governed, he “peters” out.  The Peter principle catches up to him. He has risen to the level of his incompetence, and in well-governed companies his sniff at an executive position is ended quickly, humanely, and soundly.  He returns to a solid management position.  This, likewise, is a good outcome.

Third, if the organization isn’t good at evaluating executive talent and/or acting on evaluations, he–shockingly–sticks.  In poorly governed companies–typically those centered on personality cults and favoritism or those with absentee hierarchies–high performing managers can populate executive positions (albeit ineffectively) for long periods of time.

The third scenario is a bad one:  The brutally bad reality of the manager sticking in such a position is that because he doesn’t know what it means to be an executive, he very often serves as an absolute antagonist to people with real executive talent.  They don’t “manage” like he does; and so they can’t be senior.  He blocks progression by the very virtue of his ignorance.

The more senior the high performing manager “sticks,” the more his foibles and contra-indicated style will metastasize in the organization.  It’s bad for the organization not only because the organization has a sub-optimal leader in an executive position; but also because latent executive talent votes with its feet.  It finds its place elsewhere. They know better.

The leap between manager and executive is every bit as big as the leap between a high performing analyst with a spreadsheet and the manager of a pool of analysts.  The skillsets and mindsets are worlds apart.

The lessons of this particular “Coffee and a Do Not” are these:

First, executives should never, ever delegate vision.  Doing so is confusing to the organization and the result of it–a micromanaging executive–is actually a very strong indicator of a disengaged, demotivated organization.  (If you are interested, here’s a study from Stanford University that backs that assertion.)

Second, companies must have solid executive development, evaluation and coaching processes. People can learn. While executive talent is an intrinsic thing to some degree, executive behaviors are teachable. Ideally, high performing managers get to understand these things before they get their first bite at the executive apple.

Third, high performing managers and under-apprenticed executives need to develop themselves. If you are one of those lucky, high velocity, high performing managers who finds yourself in a senior executive role before really being apprenticed well enough…Go home at night and entertain the remote possibility that you might not be all that in your new role.  Be willing to listen…up and down in the organization.  Look for mentors.  Reflect.  Think.  Improve.

Delegation of leadership vision is an upside down, bizarre outcome of a leadership culture that under-prepares people for the next steps in their careers. This is a situation that individuals need to guard against and that companies need to watch out for.

Being a high performing manager and being an executive are very different things.

Executives need to be visionary.  No, not Steve Jobs visionary; but at least “next three years” visionary.

If this is your particular weakness, know this:  Trying to delegate vision will frustrate your organization, handicap its performance, and (assuming a well-governed company) shorten your tenure.

Do not delegate vision. 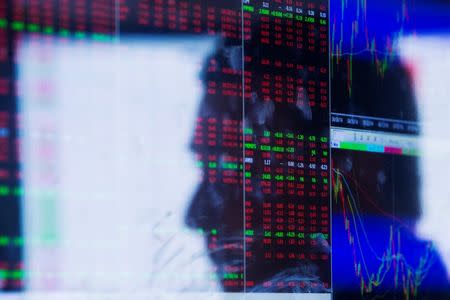 A Reuters report today outlined a “cyber espionage” ring focused on stealing insider information for use in stock market trading.

Here is the link.

In an interesting and not so surprising approach to targeting, the spies sought email addresses and passwords of individuals most likely to have insider access.

Cyber security continues to be a critical element of any company’s strategy.  The question will be how to maintain a level field in the capital markets with this sort of thing going on in the background.  Like cockroaches, confidential information leaks are typically far broader than the ones you see; and the key to security is not to have a low incidence rate, but rather a zero incident rate.

How does secrecy and confidentiality affect your enterprise?

Watching out for some critically bad behaviors can improve your effectiveness as a problem solver.

This is the first of a few posts I’ll share on the topic of problem solving.

We in the professional ranks toss the concept of “problem solving” about like it’s a common sense concept. It isn’t. Problem solving is about being effective in moving forward with a potential solution to a given problem—regardless of scoring political, influence, or style points unrelated to the solution. It is with this focus on effectiveness that I’m posting on the topic.

Let me say up front that I lay no claim to being among the problem solving elite. That is for others to judge. I offer my thoughts as more of an experienced social observer and capability builder on the topic. In practice, problem solving is messy, like most other things not written in textbooks.

Countless negative mindsets and behaviors masquerade as good problem solving, and we all need to be on the lookout for them. That’s the topic of this post.

As someone who has interviewed hundreds of aspiring problem solvers and worked alongside some of the best (and possibly some of the worst) in the world, I have gleaned a few points of view on what problem solving is NOT. So, in the interest of going negative from the start, let’s explore a few of them.

Great problem solvers are flexible and incorporate a very broad number of viewpoints.

Problem solving is NOT merely having excellent energy and drive. Action-orientation is a virtue. Practical action-oriented problem solving is as well. However, some leaders confuse the drive for action with the drive for effective action. Being driven in a business setting is an excellent virtue if it is combined with sensitivity, structure, and at least some patience.

Too much drive with too little collaboration can lead to a bullying approach to problem solving. Combined with power, mere drive can lead to problem solving via fear, and to the closing off of channels of communication. Oddly, excess drive leads to a lack of listening, just like too much “smarts.”

The urge to do something is a good one if it’s managed. Great problem solvers manage it.

Problem solving is NOT problem finding. Problem finders, or mere whiners, are out of scope here. While issue identification can be a positive skill, too often leaders and their subordinates use it as a passive aggressive pseudo problem-solving surrogate. Those who are talented at lobbing quasi-professional bombs by identifying other people’s problems may score points in some organizations’ political games, but they aren’t problem solvers.

In most professional contexts, I’d estimate that problem identification is less than 5% of the effort required. Great problem solvers don’t congratulate themselves for being great at spotting issues.

Problem solving is NOT solving the wrong problem. We all have our own skills and tools to apply to a given problem. Always keep in mind the proverb “To a person with a hammer, all problems look like a nail.” It’s powerful. A very common problem solving failure springs from misapplied expertise. How often have you observed the process expert seeing every problem in terms of process, or the patent expert seeing every problem in terms of intellectual property, or the talent expert pointing only to talent? Often, I’ll bet.

Great problem solvers reflect on the definition and potential solutions for a problem before acting.

Problem solving is NOT a heroic pursuit.With all due respect to the proverbial mad genius problem solver who comes up with truly novel solution to a very tough problem, your run of the mill problem solver is more likely to be a structured thinker, clear communicator, and fantastic networker who may not even be the person in front of the group when the problem is solved.

Many of the world’s best problem solvers are unsung heroes.

I could go on about what problem solving is NOT, but I won’t. You probably get the picture. The question to ask when presented with a behavior or a contribution to your team that doesn’t feel on point is “yeah, but will it make us more effective?”

“Yeah, but does he make us more effective?”

Please consider sharing thoughts on barriers to effective problem solving from your own experience.

The faithful delivery of services and product on time is a challenge, maybe it's time...READ MORE
Scroll to top